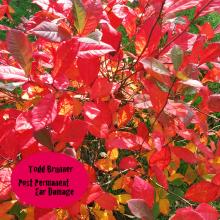 These were my first solo studio recordings from 1985-88. They reflect me trying (unsuccessfully until years later) to find a voice, and to that end literally working in every style possible. Ranging from the naive and heartfelt, to the psychedelic and extreme, the music here is way too unfocused for it's own good, but it has a certain youthful charm I suppose. The lyrics are pretentious to the extreme, except for Recovery, which is pretty good. Take it all with a grain of salt.

I was also cutting my teeth as a recording engineer/producer with this material, so some of it sounds pretty bad. All of it has been seriously fucked with in 2014 in an attempt to make it sound somewhat palatable for this release. The original recordings were pretty lifeless.

All of this material was "released" at the time as a series of cassette demo tapes which were distributed to friends and uninterested record labels. It was never intended to be heard by the general public and, to date, it mostly hasn't! Make of it what you will.

You can download the album in MP3 or FLAC format below.