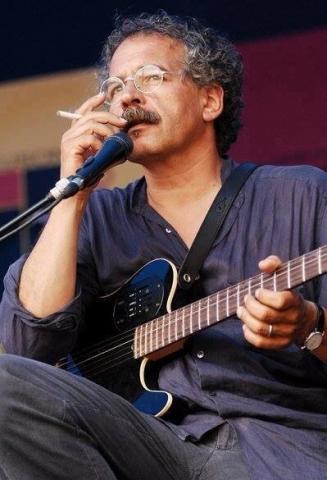 Hi all, Phil here. Nice to be back in the fold!

A persistent rumour has been going around that Count G is about to release music from previously undisclosed live performances. When approached, however, he remained mischievously mysterious about the whole affair. A recent set of photographs circulating on the web that claimed to chronicle these performances fanned the rumours further.

Although Count G won’t divulge any information about the true coordinates of the photo posted here, nonetheless he agreed with Sublamental Records to release the following statement:

“Indeed, this much is true. A new release is imminent with music drawn from two separate live dates at The Interplanetarium, on July 29th and September 20th, 2020, in the midst of the pandemic.

My decision to go live came from a desire to meet the moment away from the endless reflexive spaces of isolation and to risk making music on split-second decisions.

It also gave me a chance to pay tribute to the experimental music scenes in Cairo and Beirut, which have been awe-inspiring sources of innovation in recent years. Sampling these extraordinary musical encounters nourished the decision to go live with this material.

While mixing and restoring audio quality in the studio, I also realized how much this music owes to some groundbreaking recordings of my youth. I felt surrounded by echoes of The Faust Tapes and Can’s E.F.S series, as well as Sun Ra’s space explorations – but such is always the case.

In many ways, the music here is very personal to me; it reflects the full range of my thoughts and feelings in these troubled times. It is also the most overtly political record I have made.”

One can only wonder... And wait.