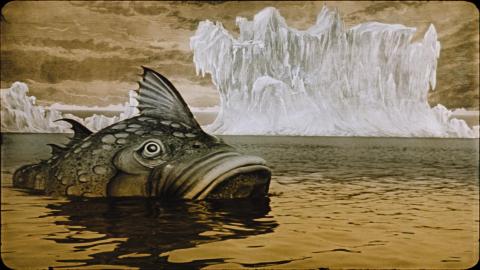 Another six months has passed and here we are again at newsletter time. So what's been happening?

The biggest news is that Count G released not one, but TWO albums in late May! And they are both spectacular, if we do say so ourselves! Pursuing Phantoms II: Gate to the Underworld and Pursuing Phantoms III: At the Doorstep, Looking Out are companion albums, continuing some of the conceptual explorations begun with 2018's Pursuing Phantoms. We think these are the Count's best records to date. I know we always say that, but it's always true! An artist should always be improving, developing and reaching for the stars and Count G is certainly doing all of that. I won't waste time trying to describe it, just go listen to some tracks and you'll see what I mean! Then pop right on over to Bandcamp and buy both albums. It is the only logical course of action.

Coming up later this summer is the new mini album from Cyanide Slugs, Garden of Edith. The band has undergone some significant lineup changes since the first record in 2020, resulting in quite a different sound, which I will not spoil by trying to describe. But for fans of Todd Brunner and the first Slugs record, I think this release will be a very pleasant surprise.

Also still stewing is the Art Bevilaqua album of miniature instrumentals, which has been delayed due to Covid complications and Art's various film projects. He hopes to finish it for a release later this year. And the album now includes guest appearances by Count G, Deviant Fond and Todd Brunner, among others. I've heard some stuff and I think it will be worth the wait, whenever it finally appears.

And let us not forget the second Old Friends Executed Recently album from Todd Brunner. This is the final part of Todd's re-imagining of old songs from pre-2003. While recording Garden of Edith, Cyanide Slugs laid down all the basic tracks for this album as well, and that is where the album stands at the moment. At some point Todd, and probably most of the Slugs, will be going back to finish the album, but top priority is mixing (in progress) and releasing Edith. Optimistically Old Friends 2 will appear before the end of the year, but we make no promises. We will keep you posted on the progress, of course.

Further afield, Count G, in a minimalist phase, will be delving further into his miniature poetry world. This is all we know. More news on this when he have it.

We also expect at some point to release music from what are now being called "The Berkeley Sessions". These took place back in April when Notnef Greco wandered into a Berkeley studio after having been the subject of a bay area marine life symposium. Inspired by several days of interactions with esteemed marine biologists, the band recorded on and off for a week, then disappeared, presumably back into the sea. We at Sublamental have expressed our interest in releasing material from these sessions, but we have yet to hear back from the band. As with everything, we will keep you posted on this.

Enjoy the summer, and don't forget to tell people about us!