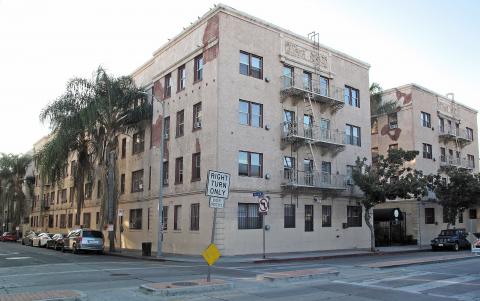 It's THAT time of year again. The time when people do silly things for all the wrong reasons and then suffer the consequences throughout the following year. A time when, for a few weeks, people behave exactly as the capitalist economy wants you to behave all of the time. If only the impossible were possible, eh kids! Here at Sublamental we always endeavour to provide you with quality holiday entertainment which can be used as a delightful background while you spend money you don't have. It is our very special gift to you!

So let's get started:

In July 2022 we released the delicious Garden of Edith by the new, revamped Cyanide Slugs. This is Todd Brunner returning to the familiar 6-song format of his first three releases since 2016, but with the almighty power of a 7-piece brass-driven band behind him. It's a landmark release that has firmly established Brunner as the band's main songwriter. And what songs they are! Check it out without delay!

Just yesterday, as I am typing this, we released the long awaited Art Bevilaqua album, Vignettes. Finally Art officially joins our ranks as a Sublamental artist! It's an album of 20 short instrumental pieces that Art describes as the "soundtracks to imaginary films". The tunes are melodic and catchy, and just the things you need to blast all those vile Christmas standards out of your head. Dig in!

And just about a week ago we released a new, remixed and remastered version of Notnef Greco's The Demo Tapes. Count G informs us that this is intended as a teaser for the upcoming Berkeley Sessions album which he is hard at work on. Whatever the reason, this is great improvement over the original 2018 mix, and the sound is absolutely fabulous. So if you already own this record, please download it again on Bandcamp to get the new version. And if you don't already have it, what are you waiting for?

Also coming sometime in the unspecified future is the second (and last) part of Todd Brunner's Old Friends Executed Recently series. Todd, Silas Tupper and Cat Flamenghi did the basic tracks for this while recording Garden of Edith, but no further work has been done as of this writing. However Todd tells us he plans to get back to work on this early in the new year.

On our artist pages at Sublamental we are now including a link to a full biography of the artist. The first of these is for our newest artist Art Bevilaqua, but we will be providing bios for the rest of our roster over the next few weeks. Go to Art's artist page and click the "Bio" link if you want to delve into his colourful story. (BTW the pic above is an image we didn't use in Art's bio, so we include it here. If you read the bio you'll understand.)

And speaking of ways you can support us without spending ANY money, please Follow the label and our artists on Bandcamp! We'd really appreciate it. It costs nothing and it really helps us out. The link above is to the label and you can get to the individual artists from there.

Now let's talk about Twitter. Haha, just kidding! Sublamental is now on Mastodon where there is a large community of music lovers and music makers. Mastodon at the moment is very much like Twitter was back in 2007, i.e. relatively small and FRIENDLY. Ordinary people talk to each other, and it's not all about companies, celebs, political correctness and witch hunts. AND you can follow hashtags so it's easy to just see the stuff you want. Go here to find out how it works and how to join. It's really easy. And follow us at @sublamental@universeodon.com and also Todd Brunner at @toddbrunner@mastodon.world

That's it from us. Try to enjoy yourself and whatever you do, keep spending!