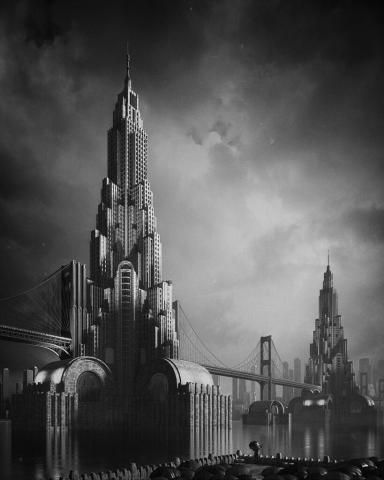 Hi everyone. It's been a long time, I know. We did release some music in the last year but we didn't talk much about it, so I am going to first recap the events of 2021.  Let's go!

Just about a year ago, Cyanide Slugs released The Distraction Effect, a fabulous album of psychedelic rock songs and instrumentals. If you somehow missed this, now is a good time to check it out because the album has just been remixed and remastered! Yes, I know it's only been a year, but you will find more info on this below.

Scant days after the Cyanide Slugs release came the epic Live @ the Interplanetarium by Count G. Thought by many, including myself, to be his best album, the Count pulls out all the stops in this superb recording from a couple of sold-out shows at The Interplanetarium. As fans will attest, there is no one more adept at sound sculptures, and this live outing sees him at his very best. If you don't yet own any Count G records, this is a great place to start!

Then in March, we released Masking Tapeworm ll, the second and final release from the crazed beat mixologist and his band of mad experimental rockers. Perhaps the strangest dance record ever recorded, it will transport you to a fantasy island paradise where joyous post-humans gyrate to pulsating rhythms in a weird neverending party by the sea. Sadly, the band has now retired, so grab this final release and celebrate their brief existence!

Meanwhile, inspired by an offhand comment from my colleague Aubergina Cucumbas, Todd Brunner, The Undertaker and Chris Christ decided to completely remix and remaster quite a few Sublamental releases. The idea was to do this in a sneaky, clandestine way, replacing the old files with much better sounding remixed and remastered ones, while telling no one that the change had occurred. And this is exactly what they have done. The three producers felt that the new mixes were what the records should have sounded like to begin with, so there was no point in making a big fuss about it. So you will find no mention of remixes or remastering on any of the album pages, but we are telling you here and now!

The remixed and remastered albums are: Todd Brunner - Discoid Fever, Walter Under The Bridge, Cloud Control and Old Friends Vol. 1, the entire Laszlo Spatchcock catalogue and Cyanide Slugs - The Distraction Effect. All of them sound massively better than they did before, so if you bought any of these records before October 2021, go back to Bandcamp and download them again to get the new versions. You really, REALLY want these! They replace the original inferior mixes, which are no longer available.

So that's the recap. Now, what future goodies are coming up from Sublamental? All of the following will appear sometime in 2022.

Cyanide Slugs are working on a mini-album of 5 vocal songs and a single instrumental, entitled Garden of Edith. It's like a "classic" Todd Brunner record, only approached as a band.

Todd is also at work on Old Friends Executed Recently - Vol. 2, which will feature 10 more songs from his past, going back as far as 1984, the year I was born. This is being recorded simultaneously with the Cyanide Slugs record, with the band providing backing and arrangement.

Lushwood Hills film and game composer, Art Bevilaqua, is working on an album of tiny 2-minute instrumental pieces which he is tentatively calling Vignettes: 20 Petite Delicacies from Imaginary Worlds. These are entirely new pieces, written for this record and not compiled from previous soundtrack work. I've had the pleasure of hearing a few incomplete tracks, and I have to say that I think this is going to be a great record.

And what, you might ask, is the mysterious Count G getting up to? He is up to no good, for sure, as he builds his next soundscape masterpiece, Pursuing Phantoms II: Gate to the Underworld. And if you can't wait until next year for this, check out this track from the album right now on Soundcloud, which features the entire Masking Tapeworm band! You're welcome!

Apart from all of that, we hereby promise to be at least a little bit more present on the communication and promotion front. The last couple of years have certainly been challenging for everyone. During this time our artists continued to make great music, but we didn't talk about it nearly as much as we should have. So we'd like to now have another go at getting that balance right. You'll see us back on Facebook and Twitter at least 100% more than we have been over the past year. And maybe we'll even do a little bit better than that.

Please tell your friends about our music! We are a tiny experimental music label, so we can use as many ears as possible!

And as it is the holiday season, why not give the gift of music? Head on over and get your loved ones a Bandcamp Gift Card, which they can joyously spend on Sublamental music or any other that suits their fancy. It's the gift that keeps on giving!

Happy listening and best wishes for the festive season!