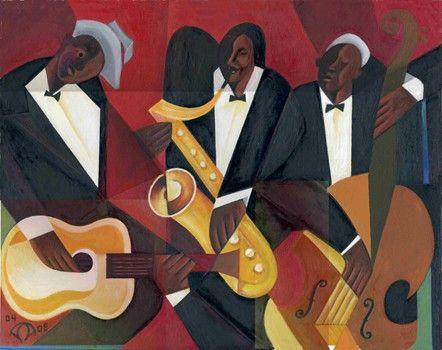 “Black music was a Black response to being terrorized and traumatized. We’re going to share and spread some soothing sweetness against the backdrop of the dark catastrophe. That’s Black music.”

Even though I’ve had my issues with some of Brother Cornel’s recent positions about what constitutes Black Radicalism, I must say that his commentary on John Coltrane and the legacy of Black music in general is wondrously evocative and indeed provocative against the very notion of musical tradition in its conventional sense.

The typical narrative always points to some sort of organic formation of musical tradition through the ages, especially when we are talking about folk traditions – which, in the end, is what all music is at the origin for all societies over time. But what distinguishes the Black American musical tradition is that it goes against the grain of this trajectory. African Americans are people who constitute a community precisely in being torn away and torn apart from their tradition, people from various tribes in the continent of Africa separated from their families, their villages, their languages, their religions and rituals and (re)mixed together with brutal arbitrariness in worlds totally and irrevocably alien. All this was conducted with extraordinary violence, and not only at the moment of the tearing, but continuously throughout. A new community emerged with violence from violence and was constituted by a constant struggle to defend itself against this violence that permeates it, often finding it futile and inescapable.

In this profound history of brutality, music became the most salient way out: a path of liberation but also a way – in the sense of “manner” – for Black people in the Americas to deal with the unfathomable trauma of being torn from their world and brought into this alien nightmare. Music was a kind of cure. Hence, its incomparable celebratory nature – its “soothing sweetness” – even at its most melancholic and grieving or its most enraged and defiant instances. When Cornel says that, for Black people in America, music, starting with just the voice and the very use of the body as a dancing and percussive instrument, was a way of people communicating to each other through this trauma by blowing some sweetness over those wounds, he is describing the entirety of Black American music from gospel and the blues to jazz and soul and hip-hop.

What is remarkable about Black music is that it constitutes a tradition – and a hugely influential tradition, for what could modern popular music worldwide be without it? – that stands against tradition, at least in the conventional sense of pristine organic development of a people tied to a land generation after generation. It is a tradition created from the breaking of tradition, from the annihilation of tradition, that picks and chooses disparate elements of exile and alienation and reweaves them in a communicative form that (re)builds constituencies where people are scattered, wounded, and debilitated.

The arguably racist cliché is to say that Black American music is rooted in Africa and an African sense of rhythm, etc. But the fact is that Black American music is a unique phenomenon in precisely that way: not as some tradition going back through the ages but as a response to the tearing up of tradition, to the mess that comes because of this uprooting, as an entirely new way of creating community and communicating in a totally embodied way.