Hot Fun in the Summertime! 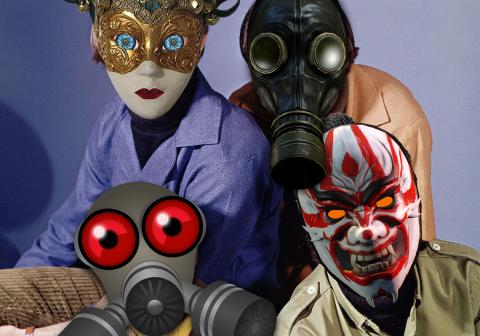 Hi kids! It's all go here at Sublamental as we roll into summer with all the rainy dismal joy of an impending Brexit Britain, and no one fit to govern! Happy days! Those of us Sublamites (I just made that up) living in the UK can really use some cheering up, and lucky for us some very special people are totally up to the task!

So lets get happy with some recent releases you really should know about. First is the debut single from newcomers, Laszlo Spatchcock, Motion / Lotion, and it's an absolute corker! Do you want to talk about pop hooks and irresistible arrangements? Well don't talk, just listen, because both songs (which are actually one song) are probably the catchiest things you've heard in years. We've got this(these) pegged as The Song(s) of The Summer, and you will too! And if you don't love this single, you are an insectoid from another dimension!

In May we released the newest outing from Count G, Music for Street Rumor, which is a conceptual work based around found sounds from all over the world – all found personally by the Count, we might add. This is a very deep and rich work reflecting a maturity in soundscape building that has grown steadily over Count G's last few albums. This is truly a breathtaking work that will transport you into the innermost dreams and nightmares of one of experimental music's greatest minds, while somehow soothing and relaxing you along the way. An astounding work!

And in April Todd Brunner released his latest barnstormer, Cloud Control, which I had the privilege of hearing before anyone else. So there! I think it's his best, and so do lots of other people who don't have money to throw at him. You should check it out if you are into brilliant song writing, killer arrangements and great musicianship. And man can this dude write lyrics! Go on, you know you want to!

Coming up also in 2019 are an album from Laszlo Spatchcock late in the year, singles from new artists, Masking Tapeworm and The Larry Flynts, and a Dudes on Drugs remix EP. We're gonna' be busy, so keep listening!